Which CO2 Spray Module Is Right For You? 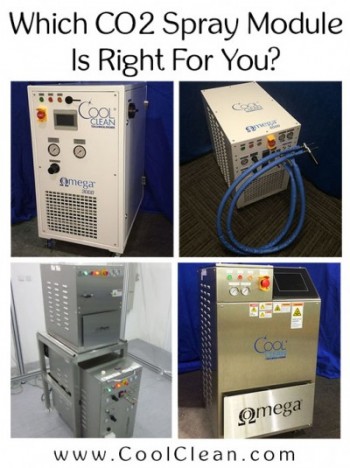 Integrated spray cleaning systems such as these use carbon dioxide in a solid state. The CO2 can be used to clear the surface of contaminants and prepare them for the next step in the manufacturing process. Micro particles, light oils, and dust are all cleared away with the help of this remarkable tool, all without leaving behind any residue or condensation.

Integrated spray cleaners do not come in a one-size-fits-all version. Rather, because of the complexity and variety of the surfaces these tools can be used on, we’ve designed a number of different spray modules to suit your needs. In order to find the module that will work best for you, it is essential to understand each design option.

END_OF_DOCUMENT_TOKEN_TO_BE_REPLACED

After several years working in both civilian and military careers, Jon Wikstrom decided it was time to use his experience to change the world.

He had been working on a relatively unknown technology and believed in its potential enough to quit his career and launch something new.  His goal was to develop this innovative technology and make it available to forward-thinking companies who wanted to go green and improve the efficiency of their operations in one fell swoop.

The company he founded in 2001 in Eagan, Minnesota, was called Cool Clean Technologies and the revolutionary products it sought to bring to market were all based on harnessing the power of carbon dioxide in ways that would help businesses in a wide variety of industries to save money and time.

14 years later, Cool Clean is proud to be doing just that.  We’re both honored and humbled to be able to say that we are, indeed, making the world a better place and here’s how…